I met the multi-talented Merrilee McGehee when we were neighbors years ago. She lived across the street and came to a trunk show I had at a friend's house nearby. When I realized she was at the time the actress playing Buddy' Garrity's wife on Friday Night Lights (if you know, you know), but also a brilliant artist and designer we became fast friends.

I had seen this floor she had done (she hand does all of the work) and have kept in mind for literally nearly 10 years. When I began designing our guest house I really wanted to do something different than what I'm usually know for - print on print on print - in the main area of the space and save pattern for the bedrooms. A play in color theory and hues not usually seen together was in my mind from the begging. And I knew I wanted a painted floor. 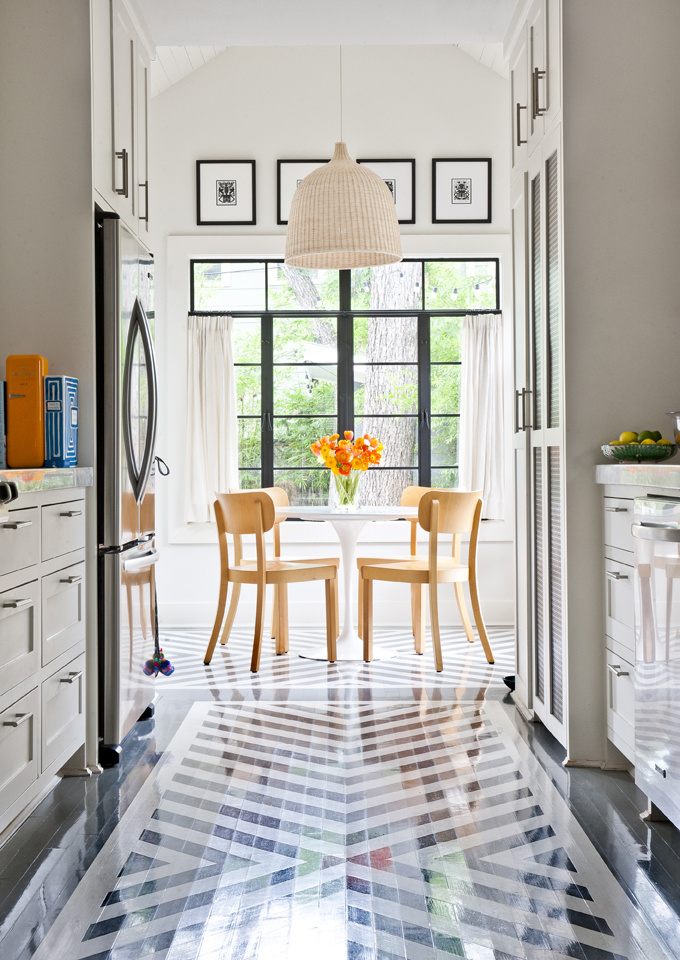 I started perusing and came across these bold statements among others.

I reached out to MM and gave her my vision and of course she got it immediately and sent back these CADS.

I chose option 3 and it's almost complete! Seeing her process this past week has made me even more amazed by the jack of all trades. Stay tuned for the big reveal!

SERENE SPACES
shop wallpaper
Get 15% off your next order
Sign up to get texts from Sakanaphotography and we'll text you a coupon code
By checking this box, you agree to receive recurring automated promotional and personalized marketing text messages (e.g. cart reminders) from Sakanaphotography at the cell number used when signing up. Consent is not a condition of any purchase. Reply HELP for help and STOP to cancel. Msg frequency varies. Msg & data rates may apply. View Terms & Privacy.